Source: Where I Watch Gone with the Wind with my Ten Year Old Daughter… Ramblings by Jessica Jefferson

I was a huge fan of book one in this series. It was the first time I’d ever heard the term “hen-lit.”

I am thrilled to share this cover with you today!

On the day of her engagement party, an ex-mermaid’s life is disrupted by the unexpected arrival of another mermaid—a sister she has never known. Under normal circumstances, Barbara Davies would be overjoyed, but her special day is already wrought with tension. While Barbara is not the first mermaid from the Mediterranean kingdom to settle in small town Ontario, she has yet to reveal her origins to her fiancé. So when Arabella, the gorgeous sister whose disturbing black eyes banished her to the island of Crete, saunters into her life, clutching the arm of Barbara’s discarded lover, a powder keg of emotion is released.

Relationships falter and careers stall as envy stirs in the hearts of the sisters. On the verge of meltdown after her fiancé leaves Canada for a teaching job in Vermont, Barbara flees to Arizona hoping for…

Ta Da!  Here is the cover for book three in the Turning Stone Chronicles, Son of the Moonless Night, by C.D. Hersh – a paranormal suspense romance coming Mid-May from Soul Mate Publishing.

Thrust back into the world of paranormal huntress, Deputy Coroner Katrina Romanovski must unravel a string of murders she believes are vampire attacks. When she discovers the shape shifter she’s in love with is the murderer, she must reconcile her feelings for him, examine her life of violence against paranormals, and justify deceiving him in order to bring him to justice.

Owen Todd Jordan Riley has a secret. He’s a shape shifter who has been hunting and killing his own kind. To him the only good shifter is a dead shifter. Revenge for the death of a friend motivates him, and nothing stands in his way . . . except Katrina Romanovski, the woman he is falling in love with.

Deputy coroner Katrina Romanovski has a secret, too. She hunts and kills paranormal beings like Owen. At least she did. When she rescues Owen from an attack by a werebear she is thrust back into the world she thought she’d left. Determined to find out what Owen knows about the bear, she begins a relationship meant to collect information. What she gets is something quite different-love with a man she suspects of murder. Can she reconcile his deception and murderous revenge spree and find a way to redeem him? Or will she condemn him for the same things she has done and walk away from love?

A crash in the alley stopped Katrina Romanovski mid-stride. Like the October mist swirling in off the lake, her gypsy blood stirred sending her intuition into high gear. Something unnatural was happening.

Go see what’s wrong. She heard her father’s voice as clearly as if he stood next to her.

On the heels of his words came her mother’s pragmatic warning in clipped British tones. You know what curiosity killed. Katrina pushed the ever-present warning aside. Mom never approved of Dad’s supernatural hunts and even less of his drawing her into them.

Pulling the oversized cross she always wore out from under her shirt, Kat looked around for a weapon. Please, not a vampire. I hate vampires! A piece of wood sticking out of the trashcan at the front of the alley caught her eye.

Grabbing it, she broke the end off into a sharp point. The mist-filled air filtered the light from the single bulb over one of the alley doorways. The wind swirled the loose trash around making a quiet approach difficult. Sidestepping the paper, with the stake in one hand and holding the gun she took from her purse in the other hand, she crept into the alley.

A roar echoed against the buildings, the sound nearly sending her running. That roar wasn’t a vampire. It sounded more like an animal. Kat inched closer. In the yellow pool of light from the back door of the building, a black bear, over seven feet tall, reared on its back legs and swung its paw at the man standing at the edge of the light. He crashed to the ground, shirt torn open from the slashing claws. Blood covered the fabric, and he clasped his left hand over his shoulder to stem the flow. The bear bent toward him, teeth bared in a smile. A wicked smile.

Kat aimed her gun, but before she could pull the trigger, a shot rang out. The flash of gunpowder lit the face of the injured man. The blast reverberated against the buildings. With an enraged bellow, the bear staggered backward against the wall. Shaking his head, the animal dropped to all four paws. Weaving like a drunk, he lumbered toward his attacker. The man took aim again, shooting the animal between the eyes. Animal and human collapsed on the dirty, littered pavement.

As she started to move forward, Kat’s gypsy senses crawled over her skin like angry red ants. As she slipped back into the shadows, the bear shed fur. Changing size. Then, finally, turning into a man.

Shape shifters. Her stake wasn’t any good against them, and her bullets weren’t silver. This one appeared dead anyway. Had the wounded man seen the shift? Tossing the stake aside, she paused by the shifter and quickly moved to the wounded man. Out cold. Still human.

When she touched him, his eyelids fluttered open. “Did I get it?”

The Promised One (The Turning Stone Chronicles Book 1):

I am thrilled to share this cover with you today!

Hours before the opening of her career counseling practice, Gilda Greco discovers the dead body of golden girl Carrie Ann Godfrey, neatly arranged in the dumpster outside her office. Gilda’s life and budding career are stalled as Detective Carlo Fantin, her former high school crush, conducts the investigation.

When three more dead blondes turn up all brutally strangled and deposited near Gilda’s favorite haunts, she is pegged as a prime suspect for the murders. Frustrated by Carlo’s chilly detective persona and the mean girl antics of Carrie Ann’s meddling relatives, Gilda decides to launch her own investigation. She discovers a gaggle of suspects, among them a yoga instructor in need of anger management training, a lecherous photographer, and fourteen ex-boyfriends.

As the puzzle pieces fall into place, shocking revelations emerge, forcing Gilda to confront the envy and deceit she…

Words to live by!

VIOLETTA RAND: A Splash of Romance

I love to hear what motivates authors–especially inspirational quotes or quirky mottos. Some are completely new to me, others are friendly reminders. Regardless of their origin, there’s wisdom everywhere. 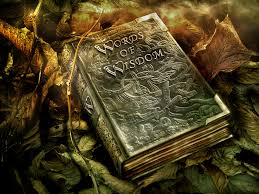 B.J. Scott – “Love is not affectionate feeling, but a steady wish for the loved person’s ultimate good as far as it can be obtained.” C.S. Lewis

Stacey Kennedy – “Be who you are and say what you feel, because those who mind don’t matter and those who matter don’t mind.” Dr. Seuss

Ella Quinn – “Spit in one hand and wish in the other, see which one gets full faster.”

Sandra Owens – “Life is like a mustache. It can be wonderful or terrible, but it always tickles.” Nora Roberts.

Collette Cameron – “In the end, we only regret the chances we didn’t take, relationships we were afraid to have, and… 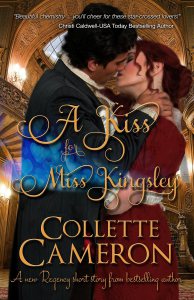 A KISS FOR MISS KINGSLEY

Source: Received for an honest review from the author

Publication Date: December 21, 2014
Olivia Kingsley didn’t expect to fall in love and receive a secret marriage proposal two weeks into her first Season. However, one dance with Allen Wimpleton, heir to a viscountcy, and her fate is sealed. Or so she thinks until her eccentric and ailing father, unaware of Allen’s proposal, announces he’s moving the family to the Caribbean for a year. Unaware of her father’s ill health, Allen demands she choose—him or her father.

Heartbroken at his callousness, but thankful he’s revealed his true nature before she married him, Olivia turns her back…

We are happy to have Iris Wynne with us sharing with us the cover, Blurb, and an excerpt from her new book The Missing Mah Jongg Player due out soon from Soul Mate Publishing. Watch this space for when the book come out.

Steve Wade is an ex cop with an ex-wife and girlfriends he could never commit to. Now he’s a private investigator known for his knack in solving crimes.

This handsome private eye never has a problem finding clients. His newest case involves five frantic Mah Jongg players who are in search of one of their players who disappeared after meeting a man on an online dating site.

Steve Wade is reluctant to take the case. He believes she is just another woman not wanting to be found. But the women are insistent…

This March 17th, I’ll wake up and throw on my usual tee and yoga pants, only to be assaulted when I get downstairs by my husband and small children because I forgot to wear green.  Why is wearing green such a big deal?

So, in pursuit of answers, I decided to take a gander around the internet and learn more about the day.  It turns out St. Patrick’s Day is about a lot more than just dying the river, drinking dark beer, and trying to convince myself that I actually enjoy corned beef and cabbage.

While many descriptions abound, I like the following: Imagine a business networking event without a dress code and with a keyboard instead of a bar.

Or to be more precise…

A group of Twitter users meet at a pre-determined time to discuss set topics using a designated hashtag (#) for each tweet contributed. The moderator of the chat poses questions (Q1, Q2, Q3,…) to prompt responses from participants (A1, A2, A3, …). Each chat usually lasts an hour. 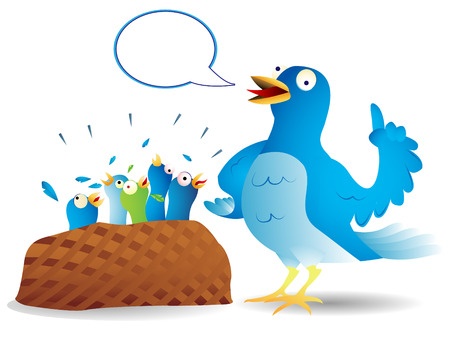 When I first joined Twitter, I shied away from participating in chats. To be truthful, I found them intimidating. I tried to follow the flow of several conversations and wondered how anyone could keep up with the constant flow of information. I had read somewhere that participating in a Twitter chat is like trying to navigate rapids while white water rafting. Not something I’ve ever tried or…

For Readers, Writers, and Lovers of Historical Fiction

Musings and Anecdotes of an "Ordinary" Working Hoosier Mom